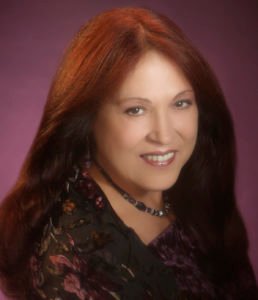 Sharyn is the author often books including Mixing it Up, her book dedicated to leading entrepreneurs to success, J.O.B.S. Just Over Broke Syndrome for anyone who has ever thought about start their own business and Making a List and Checking it Twice an inspirational guide to help singles choose a great mate.

She has appeared on the Oprah Winfrey Show where she was featured for her innovative concepts on positive communication techniques; on Contra Costa TV discussing her years of dedication in assisting entrepreneurs in making their businesses more successful; on Business 2000 Television, a show broadcast throughout the Bay Area; on Channel 44’s Working at Home where Sharyn talked about the pitfalls of isolation that occur with some homebased businesses; and Minding Your Business, to address the pitfalls of entrepreneurs facing the effects of isolation.

Ms. Abbott was featured as a keynote speaker at the Money Fair, a homebased business trade show, which closely relates to her avocation for entrepreneurship. She is the founder of Elite Leads Business Development.

Sharyn presented five topics on several Princess cruises featured as on board entertainment including a featured Singles’ Cruise.

She has been keynote at several conferences including Houston’s Author’s Conference; keynote at Sacramento’s Challenge to Change and featured speaker at JV Alerts’  just to name a few engagements.

Sharyn has been speaking since 1991 when her mentor took her to a Lion’s Club meeting and then informed her that she was the guest speaker. Rather than offend her mentor, she took the podium and even though Sharyn doesn’t remember the talk, within a year, she received a great compliment. One of the attendees had seen her months before and told Sharyn “If I hadn’t heard you speak I would have had to give up my business and take a job.”

From that point on Ms. Abbott was hooked. She believes it is an amazing privilege to be able to affect people in a positive nature through public speaking.

Check out the resources throughout the website which will help you become more productive, profitable and focused on what you enjoy!