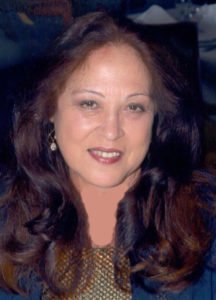 With her endearing charismatic style, Sharyn captures her audience’s attention as well as their hearts since 1991. With her one-of-a-kind technique and masterful authority of her work, time and again she continues to receive high accolades from her audiences as one of the most dynamic and compelling speakers of our time.

She is best known for inspiring her audiences to live their lives on purpose, create more productive and profitable businesses and changing their lives to be what they’ve always wanted it to become.

Her credentials include a lifetime of entrepreneurial success, corporate sales and an extensive business consulting background. She has been training employees and entrepreneurs since 1977.

Sharyn has also been an entrepreneur owning several businesses from the early 70s, including graphic design, a travel agency and an entrepreneur training firm she operated in seven states.

On top of being a well versed international speaker, she is also a prolific writer with many popular books like:

Sharyn has appeared on the Oprah Winfrey Show where she was featured for her innovative concepts on positive communication techniques; on Contra Costa TV discussing her years of dedication in assisting entrepreneurs in making their businesses more successful; on Business 2000 Television, a show broadcast throughout the Bay Area; on Channel 44’s Working at Home where Sharyn talked about the pitfalls of isolation that occur with some Home-based businesses; and on Minding Your Business, a nationally syndicated radio program with Michael Lee. Ms. Abbott was featured as a keynote speaker at the Money Fair, a home based business trade show, which closely relates to her avocation for entrepreneurship. She is the founder of Elite Leads Business Development, an entrepreneurial educational program in the Bay Area.

Sharyn presents communications topics on cruises lines as on board entertainment. She has been speaking since 1992 when her mentor took her to a Lion’s Club meeting and then informed her that she was the guest speaker. Rather than disappoint her mentor, she took the podium even though Sharyn doesn’t remember a word she spoke. Within a year of speaking at various service organizations, she received a great compliment. One of the attendees had seen her six months before and told Sharyn “If I hadn’t heard you speak I would have had to give up my business and take a job.” From that point on Ms. Abbott was hooked.

She believes it is an amazing privilege to be able to affect people in a positive nature through public speaking Sharyn has more than 20 years experience working in the corporate environment. Her sales skills led to more than 6 years awards as one of the top ten out of a team of 300 nationally in a Fortune firm. Ms. Abbott has provided training in most of the Fortune firms in the Bay Area and western states including Bechtel, Chevron, Hewlett Packard, GE, Varian, Borden, Watkins-Johnson, Apex, Tab Products, Century 21, Uniglobe Franchise, Macaroni Bar Grill, Associated Grocers, Boeing, Bayer and Skaggs to name a few.

Check out the resources throughout the website which will help you become more productive, profitable and focused on what you enjoy!